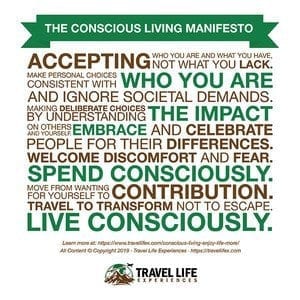 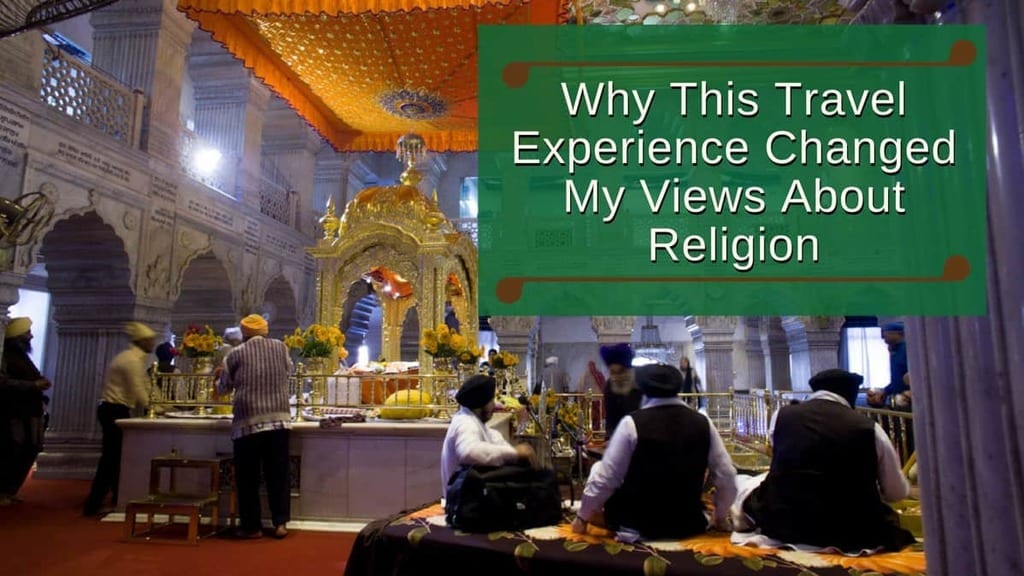 Why This Travel Experience Changed My Views about Religion

I watched Sunil, our guide, very carefully, hoping I wouldn’t make a mistake. He placed an orange bandana over his forehead, pushed the cloth to cover the top of his head, then tied it in two knots at the base of his neck. I followed suit with my bandana, as he led our group to the Sheeshganj Gurudwara Sikh temple entrance, located in the old region of Delhi in India.  We slipped off our shoes as he did, and placed our feet into the warm waters housed in a lowered canal, then stepped up into the white ivory temple.

The sounds of the drums, bells, and chanting grew louder. It was unfamiliar, yet the sounds were comforting and calming. A family watching the service on the ornately colored carpets covering the floor shared a reassuring smile. The mother nodded her head as if inviting us to sit down and watch the service with them. I sat down and took in the entire moment watching the Granthi, the man reading the scripture, and sat in an intricate gold canopy.  I was inspired and moved watching this – the people drawn by his words – despite my limited understanding of anything he said.

Later, our group exited the temple at one of the four white marble doorways. It was only afterward that I learned that this was a symbol signifying that anyone from the four corners of the world were welcome to enter the temple.

I have always felt uncomfortable with religion my whole life.

Faith was part of my life and our family, but I had apprehension and a stormy relationship with it. It felt like a task and a demand my whole life, and I didn’t see it practiced consistently by people who influenced me.

Despite the loose connection with religion in my life, I was moved by my experience at the temple.

My time at the Sikh temple was different because I was open to the experience. I was curious, and I was interested, to learn and watch the service despite having no familiarity with it.

It was because of this travel experience, shared and explained to me first-hand, that I embraced something and was very uncomfortable to me before.

Our group learned a lot about Sikhism that day. Sunil explained to us its importance and what we witnessed at the temple. Their philosophy emphasizes the principles of equality of all humans, regardless of religion, race, caste, or gender. The essence of its teachings is about truthful living.

There are four things that represent a good life in Sikhism: serving others; being generous to the less fortunate; treating everyone equally, living honestly and working hard; and keeping God in your heart.

This was evident by our visit to the kitchen and the hall in the lower level of the temple. It was there where hundreds of meals are prepared every day and given out to anyone, graciously served by the temple’s congregation. Being of service to other people is a major virtue, which is put into practice here. 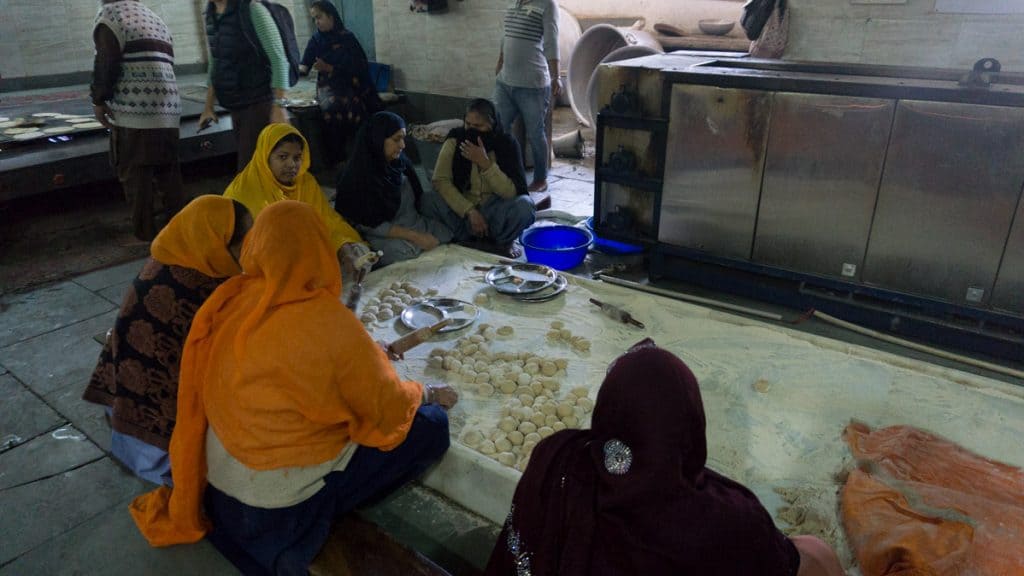 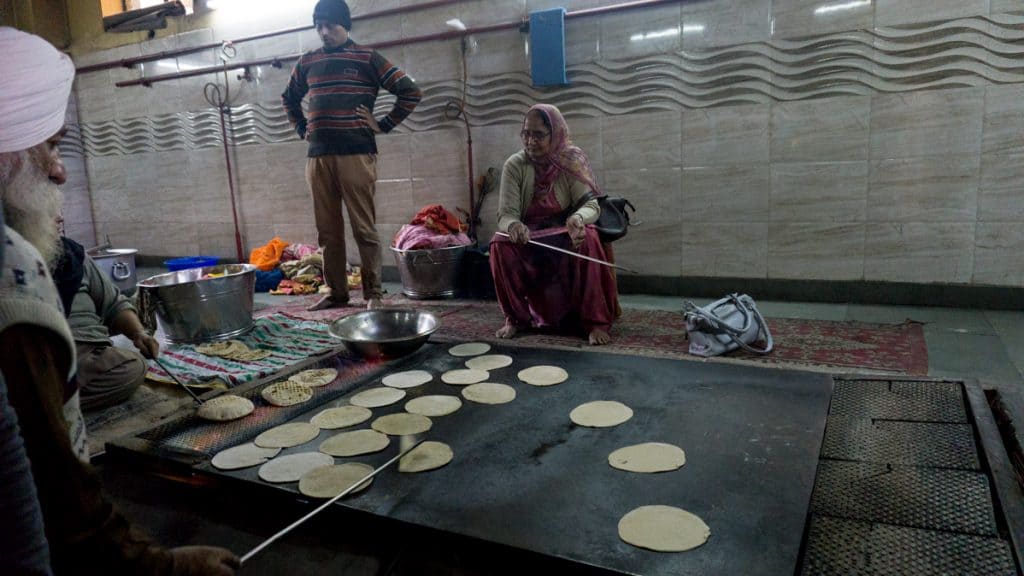 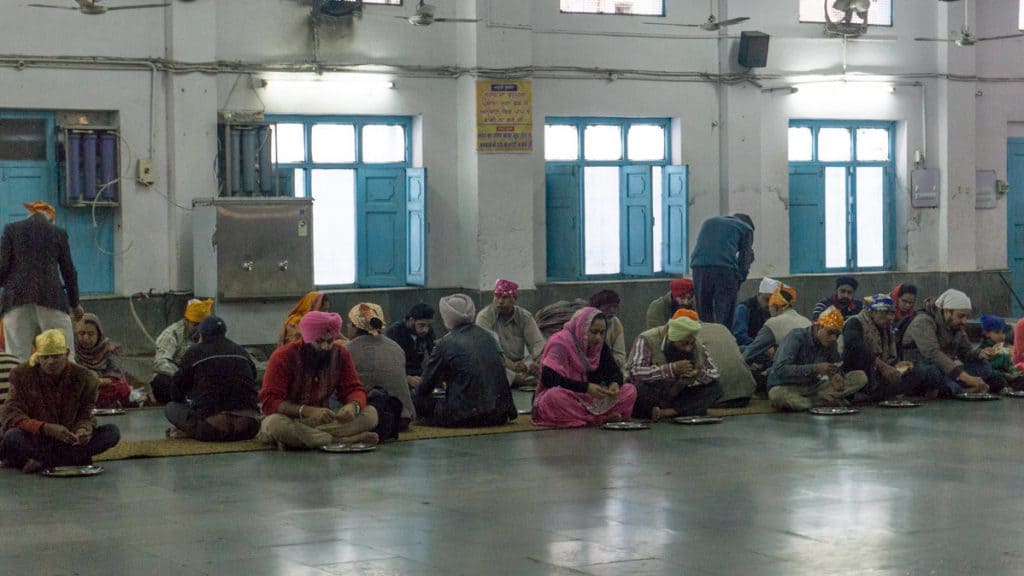 This is some of the people receiving the free meal, the temple hall does not discriminate it is open for anyone to receive regardless of race, religion, caste or sex.

I teared up because I witnessed something that was a stark contrast to many of the problems in the world today.

Mostly I was embarrassed.

I didn’t know much about Sikhism or, for that matter, people from the Indian region of Punjab. I should have, considering I lived in Toronto for fifteen years and I have many Punjabi Sikh friends there. In fact, Canada has the largest population of Punjabi  outside of India, where Sikhism is the predominant religion.

Why did I never take the time to visit a Sikh temple in Canada or ask my friends about this topic?

And who wouldn’t want to know about a way of life that is so welcoming to everyone? These were questions I asked myself during the duration of my visit to India.

The sad reality is, the reason why I didn’t know anything about Sikhism before was because I was stuck in my own selfish life, back in my old lifestyle.

I was in an eternal busy mode, fixated on living, not experiencing or learning in the same way I do when I travel.

Perhaps this moment at the temple affected me even more given the recent state of politics in the United States, particularly the threats by Donald Trump to ban immigrants to the USA during his first few days in office. (Which happened later with the ban of six nations in January.)

Even though this ban was a target for a different religion, my point here is the same:

A meaningful travel experience like this opens us up. It liberates us. It makes us accessible to something new because we are away from our own ‘must do’s’  back home, and deep into the present moment, ready to take it on.

I left India fully awakened. Something that once scared me, actually moved me.  I shied away from religion, interestingly,  it was another religion that restored my feeling of spirituality in a way that was my own.

I learned something about myself because I wasn’t holding back like I used to in my day to day mind-numbing corporate life that I lived in Canada over two years ago.

I pledged to myself that day to never to hold back from something I don’t know, no matter what state of mind I’m in. I ask questions, I’m not afraid to openly share when I don’t know something, who cares if I look stupid? I do it to learn, for me.

Once again, I feel our best service to our readers is being open to how travel can truly awaken us.

What travel experience allowed you to open yourself up to something new? And maybe to something you didn’t know or feared?

We would love to hear from you. PLEASE Let us know!

For more stories about our life-changing visit to India, you can find them here. 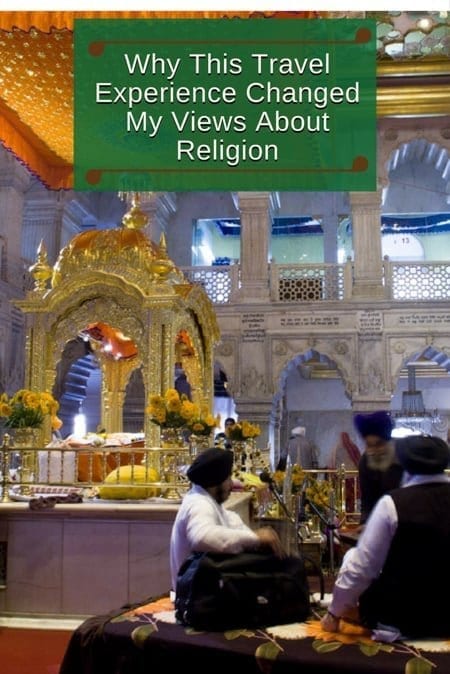 Plus Size Travel: How Travel Photography Changed My Self Esteem