The Best of Milan for the Conscious Traveler

This is a guest post from Dom who writes about deeper-meaning travel, Italy, and “travel culture.” You can find him at citizenoftravel.com 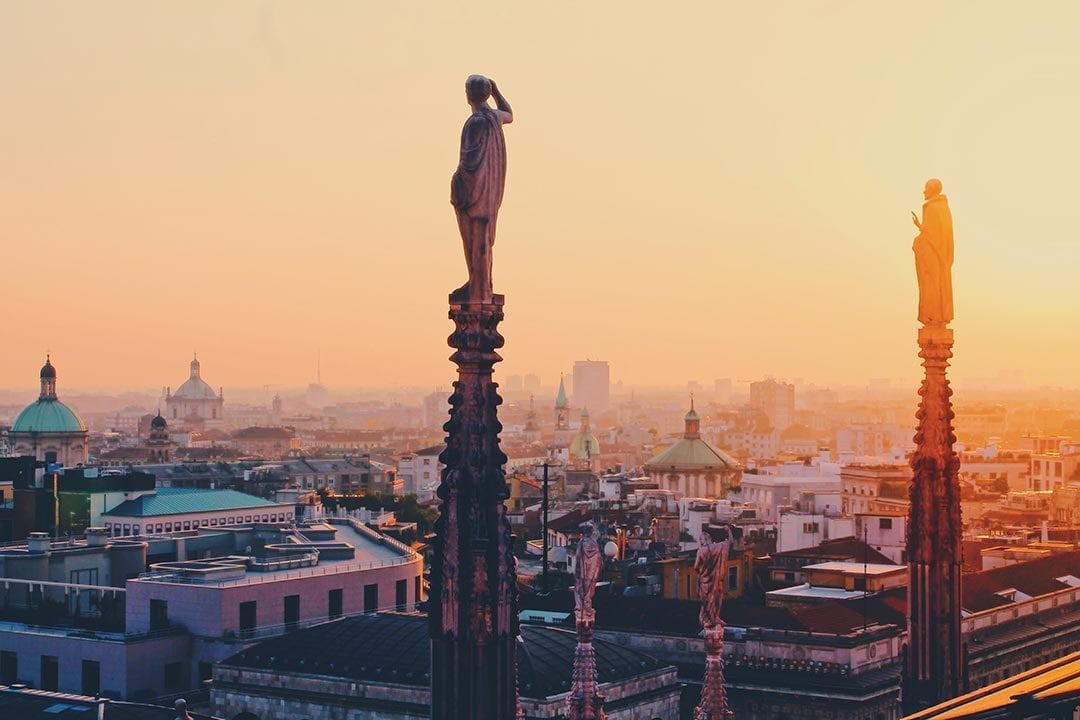 How can you best appreciate the best of Milan, northern Italy's modern metropolis? It's being conscious while you travel, meaning -  being aware of one's impact as a tourist. This impact can be economic, cultural, environmental, and/or any other type of influence a human has in a particular place. Though Milan normally doesn't get the same love as other Italian destinations, it's still one of the most visited cities in the world. The city buzzes with things to do and see, from its famous cathedral (Duomo) to some of the world's most famous shopping streets. So, how can tourists see the best of Milan while being aware of their impact? Here's how 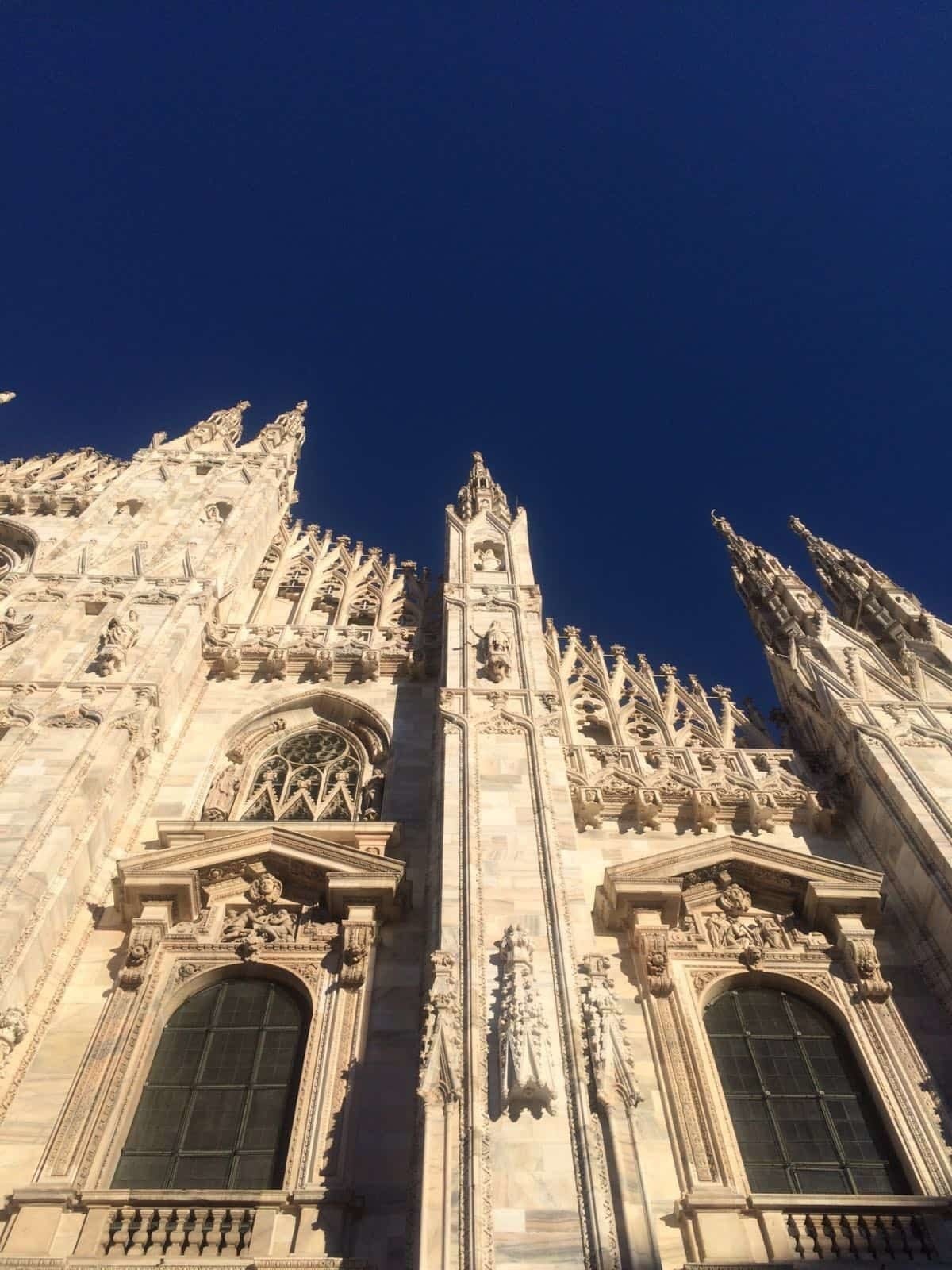 As established, Milan sees plenty of tourists -- and where there are tourists, there is English. However, the main, infamouse attractions culminate in the center of the city. Unlike Rome where everything is spread out and sprawling, the "Fashion Capital of the World" holds most of its attractions near Piazza del Duomo. This is to say that you will not have to venture far to suddenly find yourself in the real Italy and even a few words of Italian goes a long way.

In a world where English is ubiquitous, tourists who speak even a little Italian charm locals. Taking the time to learn a few phrases goes a long way for those wishing to travel consciously in a large city. Plus, learning Italian will connect travelers further with Italian culture and lifestyle, both in Milan and in other parts of Italy.

Phrasebooks and Google translate work fine, but they rarely sound natural. Here are a few useful phrases in the way natives would say them:

•"Posso"..."may I/can I..." The infinitive of a verb follows this word. Learn a few verbs and plenty of statements and questions can be formed. In question form, it equates to asking, "May I?"

•"Grazie!" Most people know this one, but make sure to pronounce the "e" at the end! (grah-zee-ay)

•"Posso parlare in inglese?" "May I speak in English?" This is a politer way of indicating that you need to speak to someone in English.

Part of identifying with a place and discovering the Best of Milan when traveling involves partaking in the lifestyle rituals of its citizens. Connecting with locals, of course, calls for food! A culturally-enriching, fun way to interact with Milanese culture is through aperitivo. Similar to happy hour, aperitivo is a time where Italians get together at one of the many bars in the city for a drink and appetizers. What could be better?

Answer: apericena - the same concept as aperitivo, but the food provided with your cocktail is more akin to a light dinner. Bars will have a buffet set up with a few types of pasta, a flatbread or pizza, a rice dish, grilled vegetables, and sometimes even dessert! Patrons can get as much food as they'd like....for 8-10 euros. Not only is this economical (and delicious), but it's a great way to experience the local culture.

Furthermore, Italian social activity converges in the city's many piazzas, or town squares. Woven into the fabric of Italian cities, they play an important role for Italians and tourists alike. In Milan, Piazza del Duomo, Piazza Cordusio, Piazza San Babila, and Piazza Gae Aulenti give tourists an authentic taste of Milanese life.

Traffic and air pollution, unfortunately, make themselves at home in Milan. The good news is renting a car is not necessary.  The city connects its neighborhoods via the underground metro and an extensive above-ground tram system. Milan is highly walkable and pedestrian-friendly, which adds to the interconnectedness of the city. This makes it easier for environmentally-conscious travelers to see the best Milan has to offer while being mindful of their environmental footprint. Plus, who wants to be stuck in traffic? 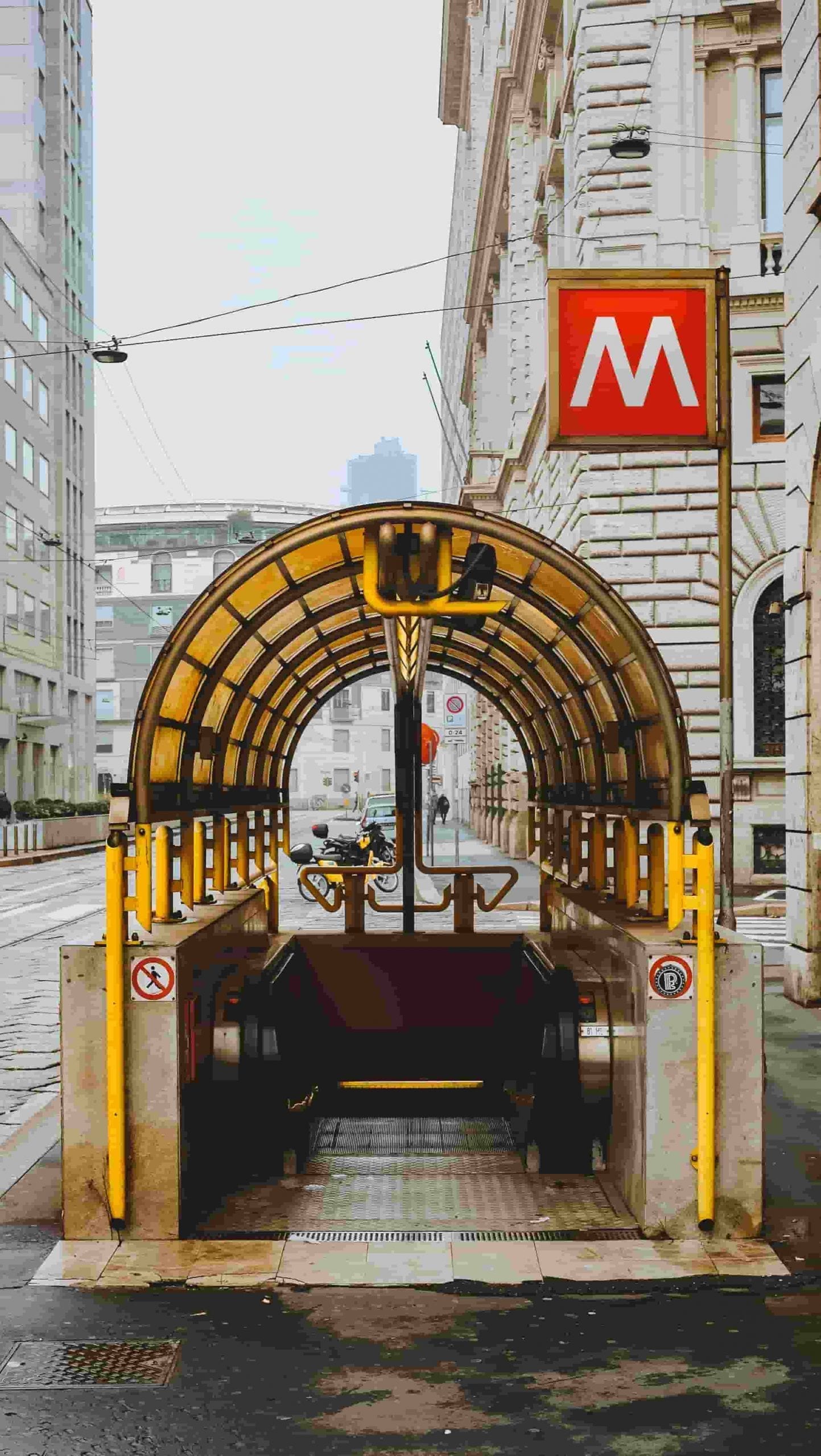 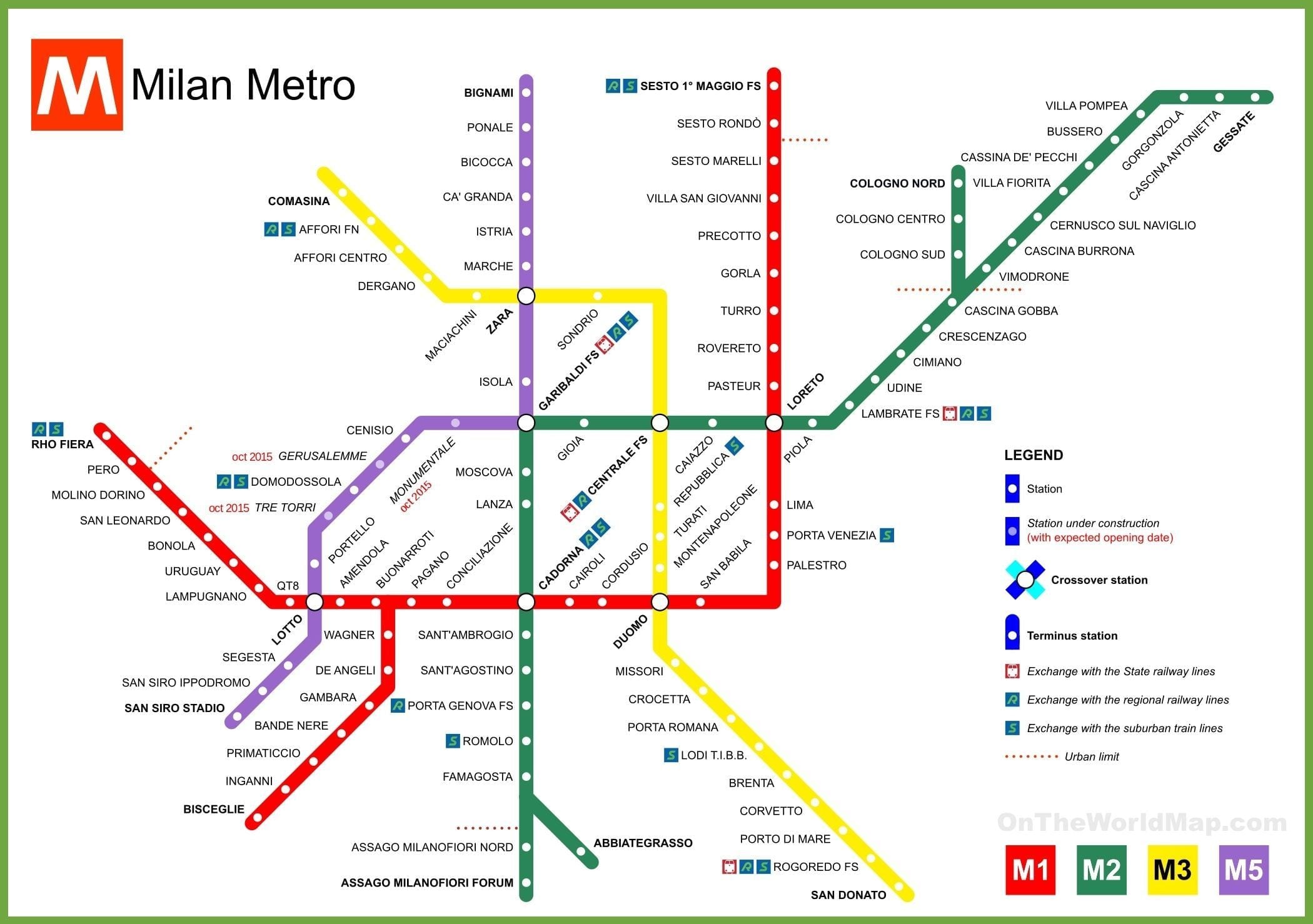 The most notable stops include:

•Montenapoleone (M3): Part of Milan's "Fashion Rectangle," where many fashion houses are headquartered

Porta Romana ("Roman Gate") boasts beautiful residential streets only three metro stops away from Duomo. It's an authentic Milanese neighborhood close to the places a visitor would want to see. The neighborhood pays homage to all its previous and forthcoming lives: ancient, World War-era, modern, and future. As a testament, a stroll down Corso di Porta Romana provides a snapshot for all things Milanese: local shopping, "mom-and-pop" dives, chic aperitivo bars, restaurants, pubs, and more. Porta Romana takes the Milanese experience and packages it up for visitors and locals to enjoy. 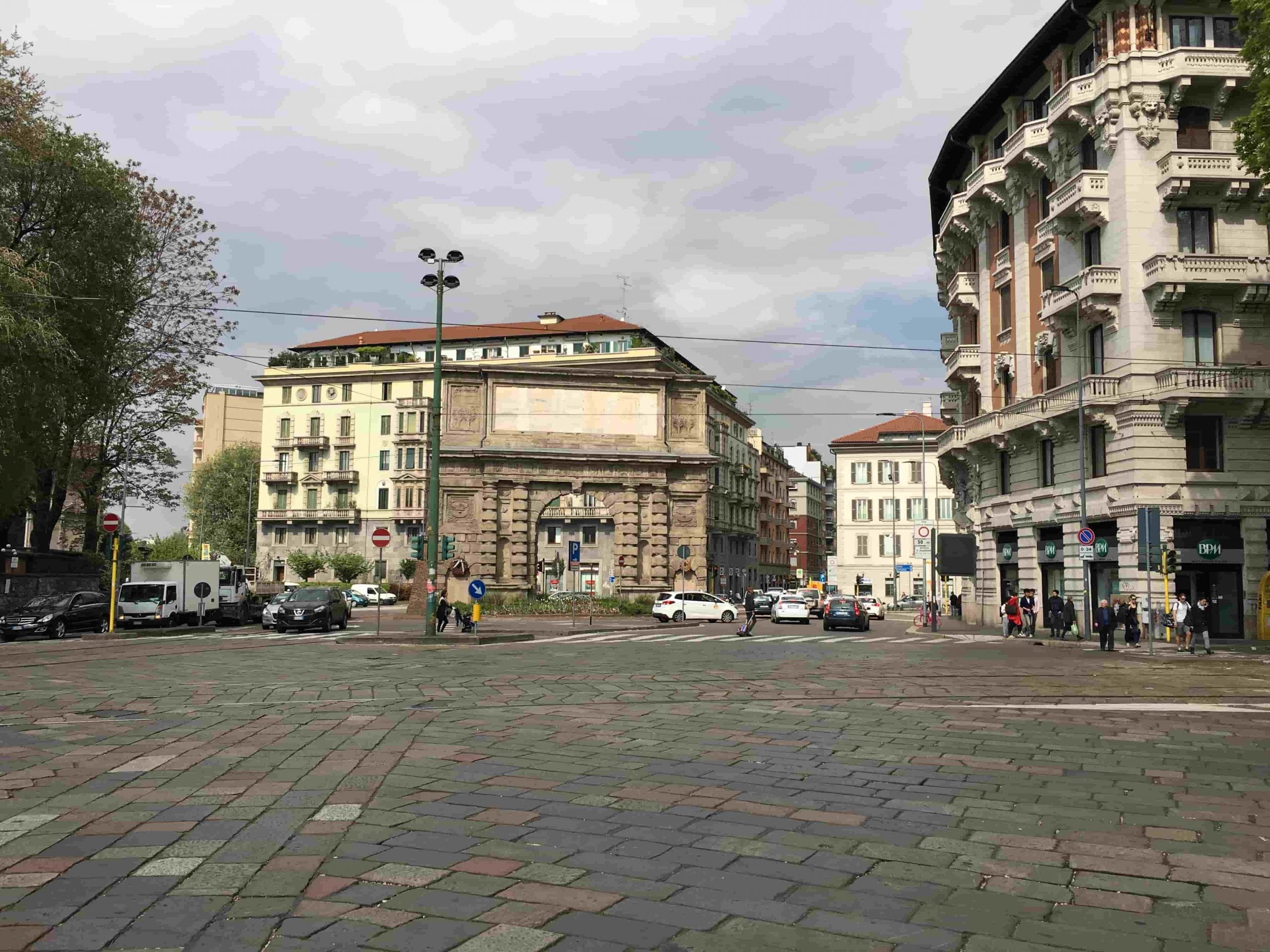 Photocredit: The Citizen of Travel

The Best of Milan will be revealed by traveling consciously

The best way to see Milan is to have a completely open mind. Publications often mention that this  Fashion Capital of the World is not worth visiting. However, Milan's beauty may be more subtle than other Italian cities, but the more mindful the traveler is, the clearer the city's allure becomes. The Milanese say: “Milan l’è un gran Milan”… “Milan is the great Milan.”

Looking for more stories and tips about Europe? You can find them here. 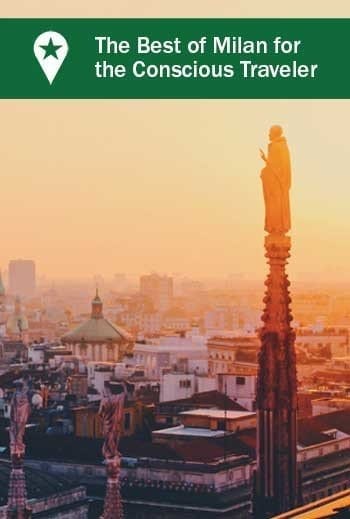 About the Author Guest Author

The Top 7 Most Beautiful Places in Ireland

Top 7 Adrenaline Rushing Things To Do In Gozo Malta

Why You Must Visit Beautiful Malta